“We must always, and will always, respect the rights of peaceful protesters, however, the sad truth is that there are people in our country who want to turn peaceful protests into opportunities for violence,” said Governor DeWine. “Just as we respect and will protect peaceful protesters, we will also just as vigorously resist violence. Violence will not be tolerated in Ohio.”

In addition to authorities with the Columbus Police Department, troopers with the Ohio State Highway Patrol will have a significant presence in downtown Columbus in coming days. Governor DeWine also signed a proclamation today officially mobilizing hundreds of Ohio National Guard members to supplement the work of local and state authorities in Columbus and anywhere else they may be needed. Several hundred additional Guard members, including members of the elite Homeland Response Force, were also activated to deploy to the Washington, D.C., area to assist federal authorities as needed.

“In the coming days, we will not allow hate, violence, or destruction to be part of our city,” said Mayor Ginther. “Our constitution gives everyone the right to protest peacefully. It does not give anyone the right to incite violence, harm, or to intimidate others or destroy property. This is not a partisan issue. It is our responsibility as Americans and elected leaders to protect the safety of our residents and defend our city, state, and nation against those who seek to tear it down.”

In the interest of public safety and in agreement with Speaker of the House Robert Cupp and Senate President Matt Huffman, Governor DeWine announced that the Ohio Statehouse will be closed from Sunday, January 17, 2021, through Wednesday, January 20, 2021. All downtown state office buildings in Columbus, including state-managed buildings, will also be closed on these dates; personnel should report to their alternate work locations during these closures. State-agency employees working in leased space in the downtown area should also report to alternate work locations. 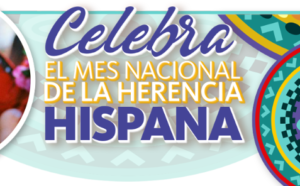